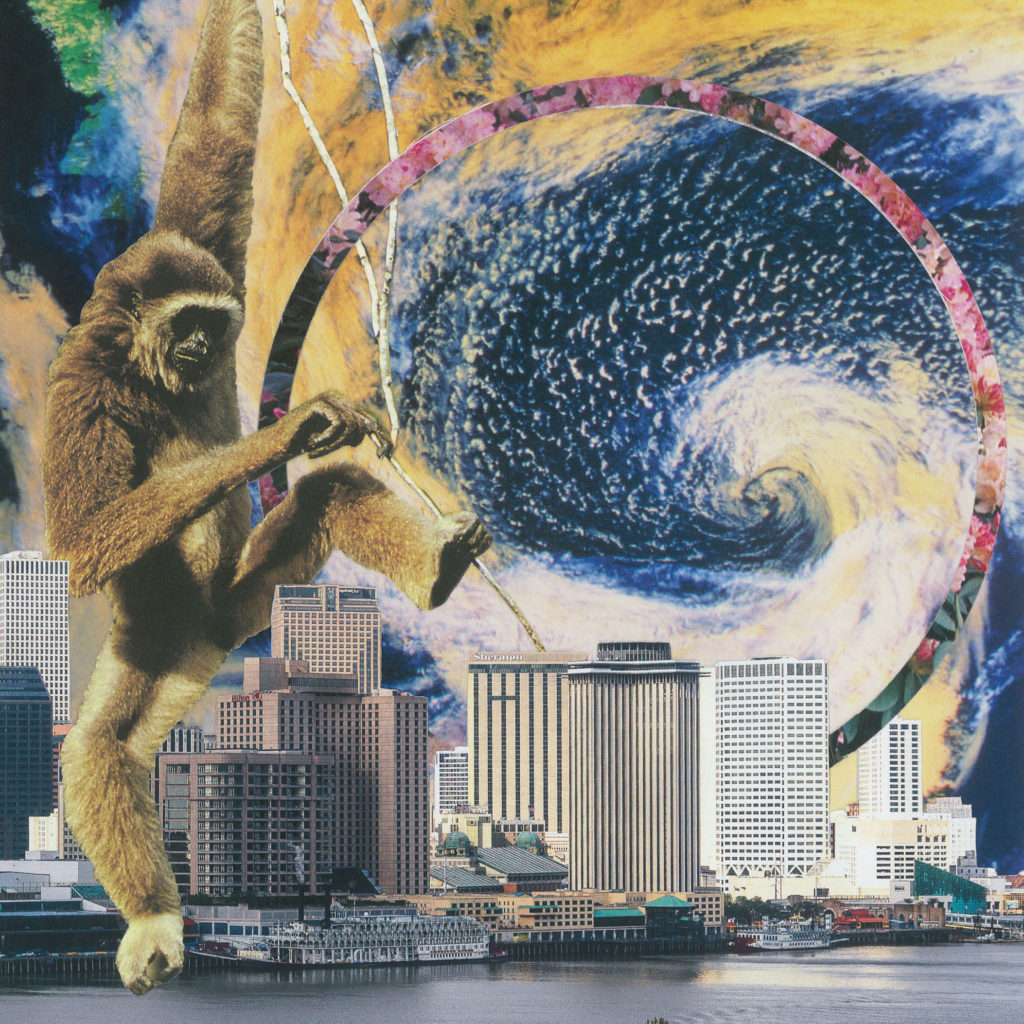 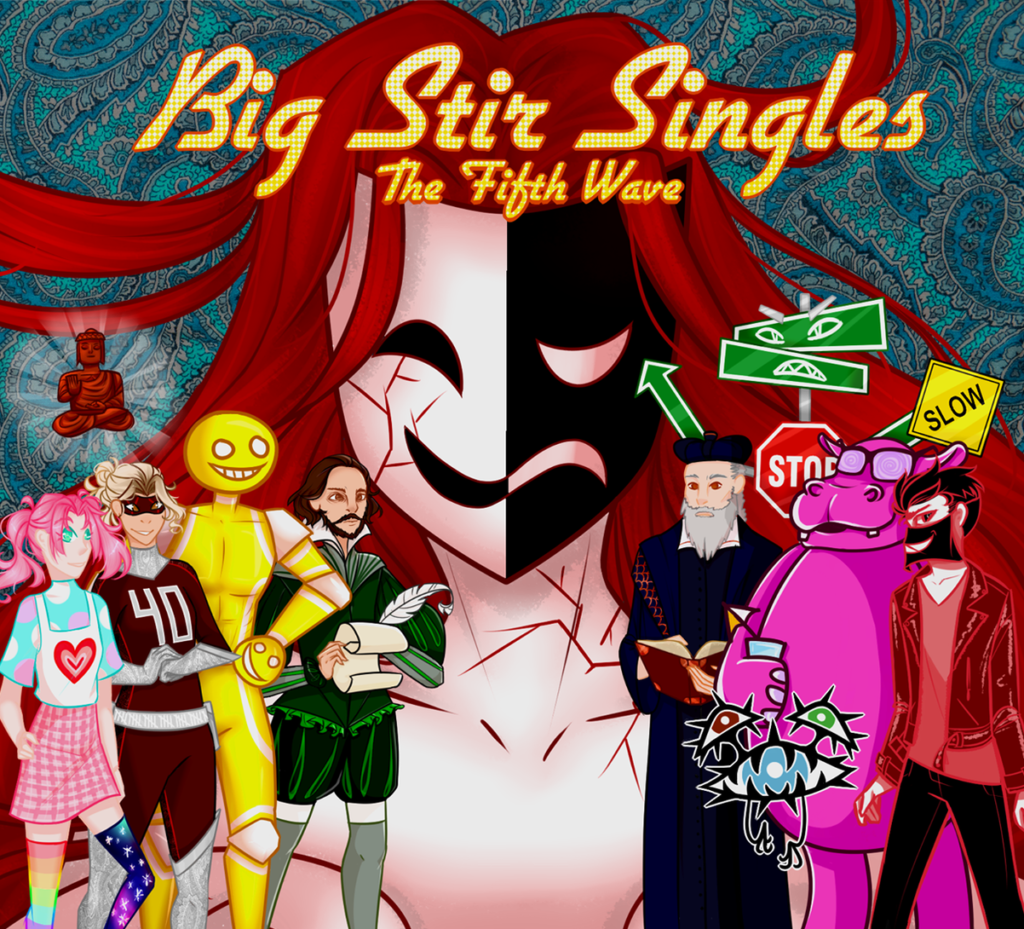 Big Stir Records of Burbank California have the 5th volume of their renowned physical CD compilations released on 6th March 2020 and it includes two songs provided by The Speed Of Sound, we are delighted to be in there in excellent sonic company and encased in such glorious artwork. Read on here

Celebrate 30 years of independent music with this 12 song CD, find it above on the ‘Shop’  Physical and postal.  30th Anniversary Scoop. 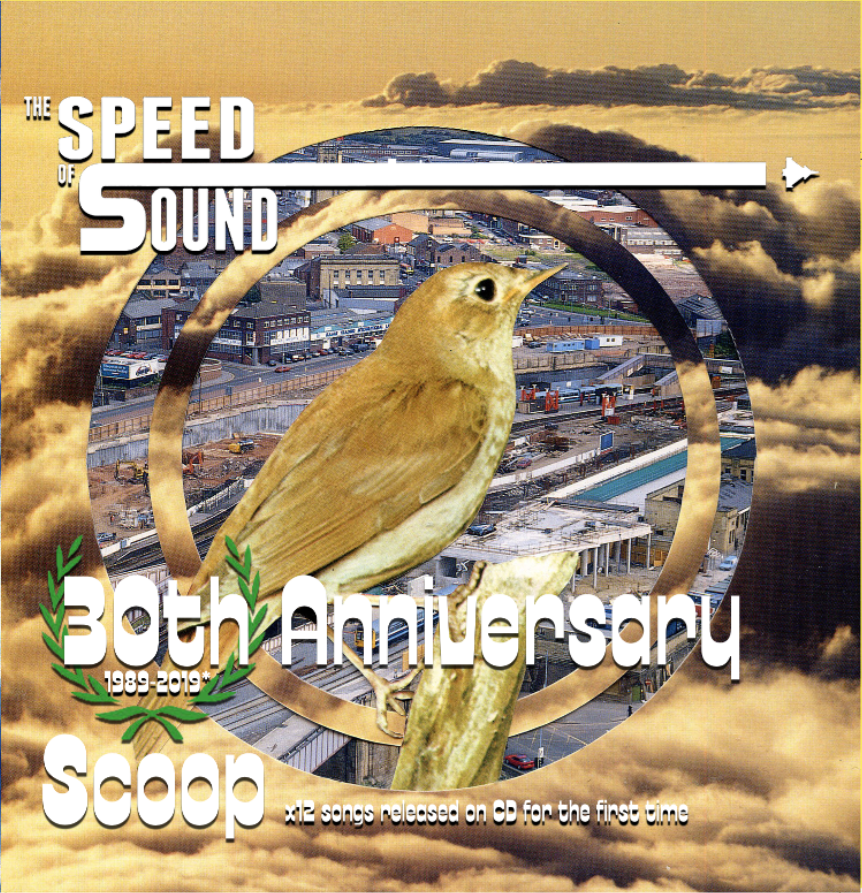 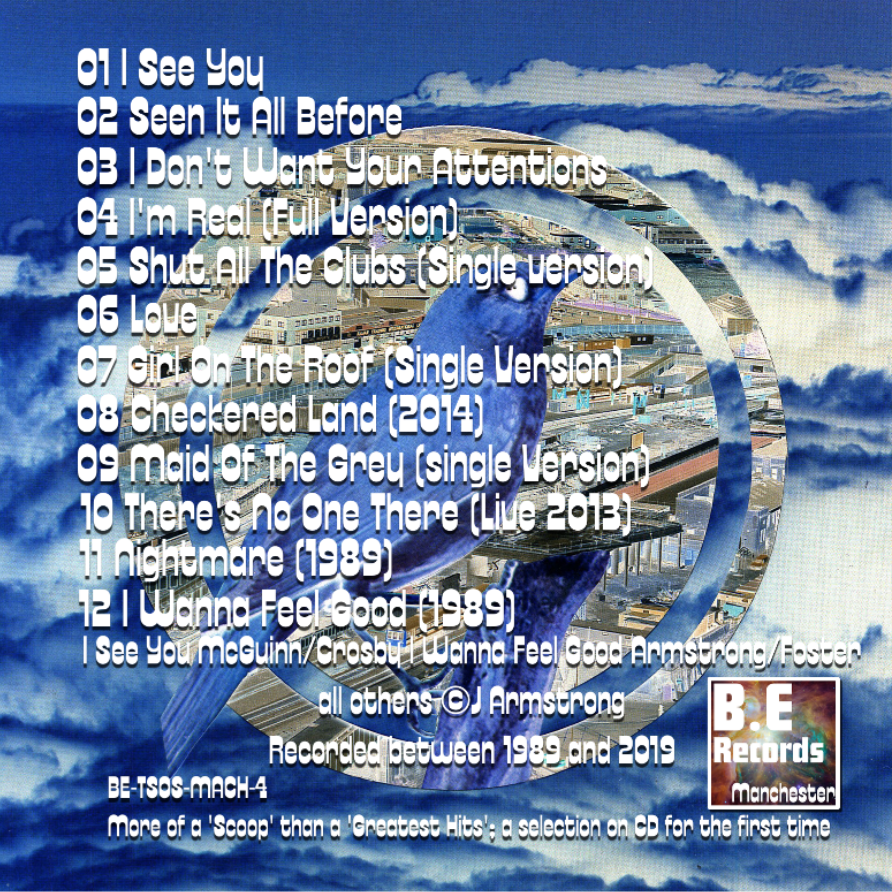 And here it is: a new single and here is the Big Stir Records press release: 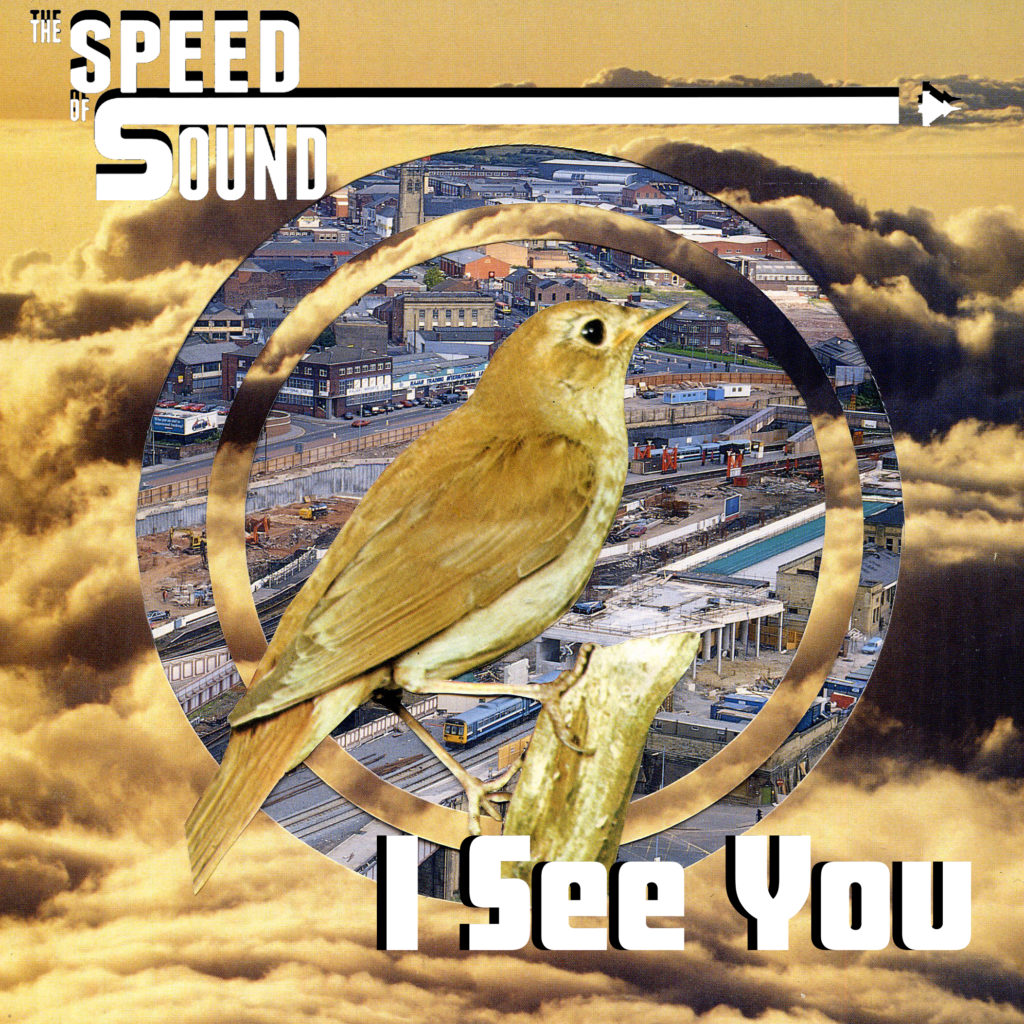 The next BIG STIR DIGITAL SINGLE comes to you from The Speed of Sound, who have many fine releases headed your way. We’re proud to showcase the wonderfully original band that come to us all the way from Manchester England! We showcase two fine recordings for your listening pleasure: “I See You” backed with “Seen It All Before” will be released Friday, October 25, and this wonderful pair of songs is available for pre-order now! (As always at: www.bigstirrecords.com/big-stir-digital-singles)

Formed in the rainy city of Manchester UK, thirty years ago (with a pre-history dating directly back to the day Andy Warhol died in 1987), The Speed Of Sound ventures across the pond to California with an exclusive new recording released digitally as Big Stir Records’ Digital Single Of The Week. The catchy track “I See You,” (a McGuinn/Crosby song) is the first cover version The Speed Of Sound has released in seven years! This powerful pop pleasantry is paired with an acoustic rendition of their original “Seen It All Before”. These original underground independent veterans have a busy 2020 ahead of them with an EP. Next year will bring a double-A-side single plus there is a brand-new full-length new album on the way! Lord Litter, DJ extraordinaire from Berlin, (and also on California’s Sonoma County’s KWTF) described The Speed Of Sound as, “A cool mix of punk and The Byrds’ 5th Dimension LP!”. Appropriately, the natural beauty and order of the alphabet places The Speed of Sound between Sonic Youth and Dusty Springfield. The band brings an original, distinctive, and identifiable sound – impossibly described as “like The Stranglers” and “like Jefferson Airplane” by different people simultaneously watching the same gig!

Since their first release in 1989, they have produced hard-edged music filled with optimism and a lyrical bite merged with a DIY ethos derived from punk, topped with a lust for experimentation taken from the best of psychedelia. The sound is enhanced by their long-term creative partnership with both Manchester’s Vibratone Sound Studio and their new collaboration with visual artist Local Hotel Parking.

The Speed Of Sound

John Armstrong – Songwriting/Guitars/Vocals: John has developed a vivid style of guitar playing born from combining lead and rhythm techniques in a flow that pulls the music like an ocean tide steeped in unresolved chords that beautifully underscore John’s entrancing vocals.

Ann-Marie Crowley – Vocals/Guitars: Ann-Marie returns the listener to the 1989-era format of dual lead vocals and male/female harmonies. She hadn’t performed rock based music before joining The Speed Of Sound. Ann-Marie brings her vast experience of Irish, folk and classical singing.

Kevin Roache – Bass guitar: Kevin has performed with John since 1990. Kevin contributes a wide understanding of different genres including music of Indian origin. He has a unique, beautiful and wholly individual outlook when it comes to playing the bass.

John Broadhurst – Drums: John brought his wealth of skills to The Speed Of Sound in August 2018. He is effortlessly comfortable playing jazz, pop, rock or blues. John has the ability to play within the spaces or straight down the center. He finds the freedom of playing originals to be liberating while the fluid and improvisational sections are something he embraces and relishes.

Paul Worthington – Drums: Paul played in The Speed Of Sound from May 2015 to May 2017 and can be heard on “Seen It All Before” and the highly acclaimed “Everything Changes” album.

We’re back with a Double-A-Side vinyl and digital single: 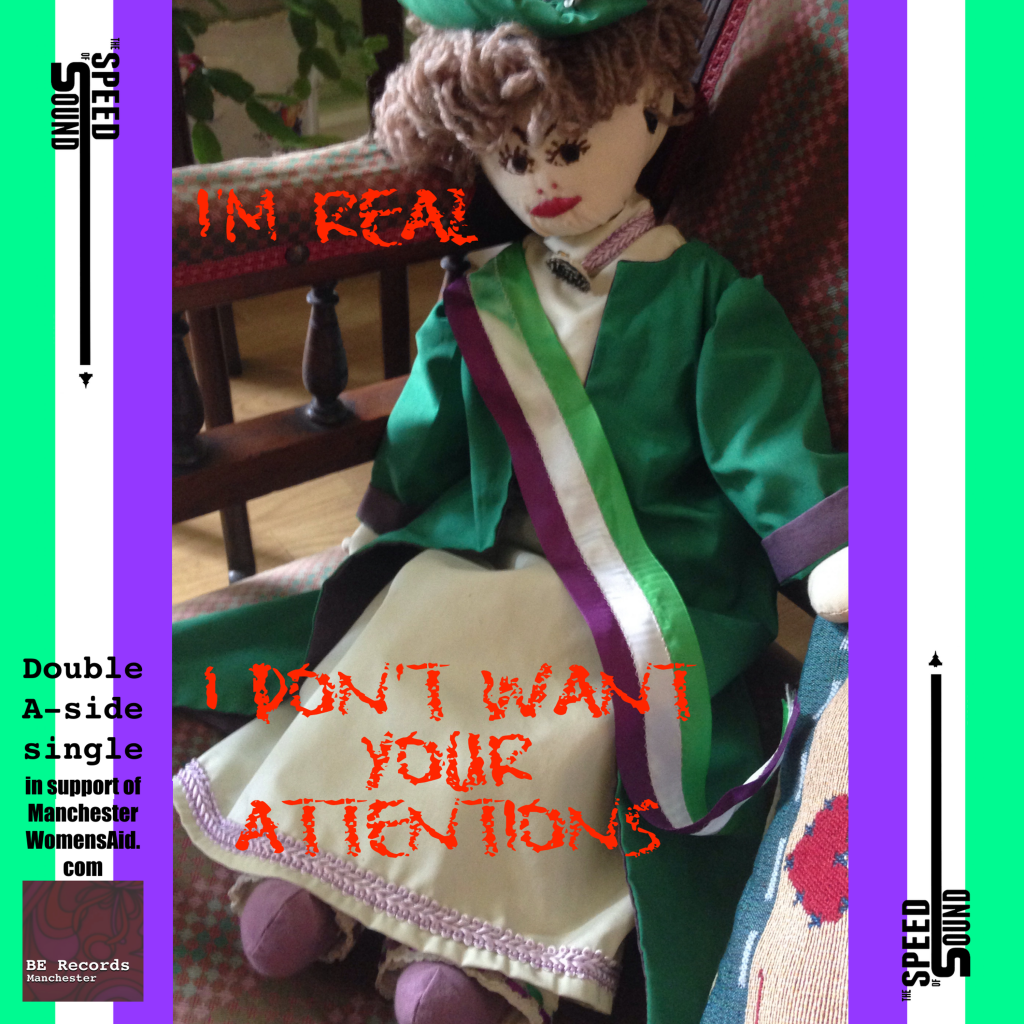 limited edition vinyl; get yours here

Everything Changes. The new album from The speed Of Sound is out now; in limited edition, numbered and signed 170g heavy weight black vinyl LP, with double glass pressed CD set. The second disc has an additional ten bonus tracks total running time is 76 minutes. Get yours here. 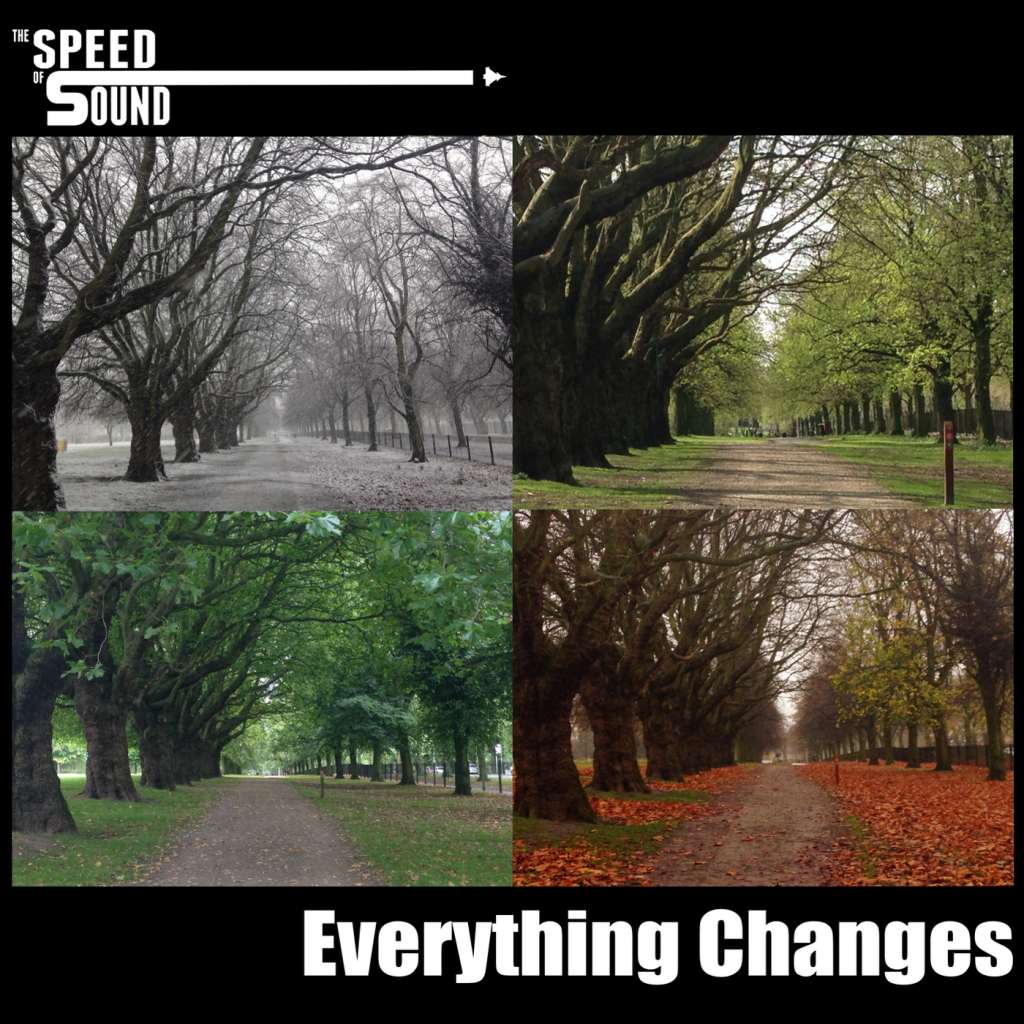 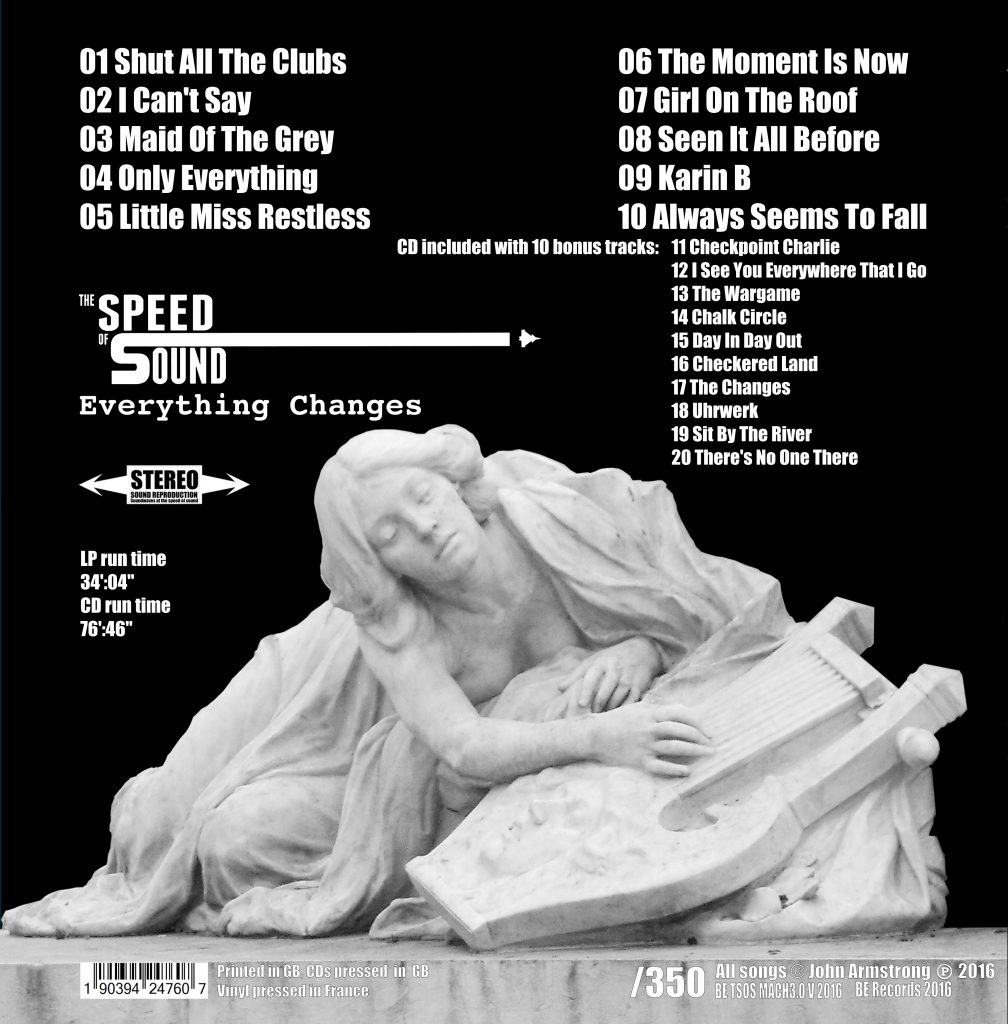 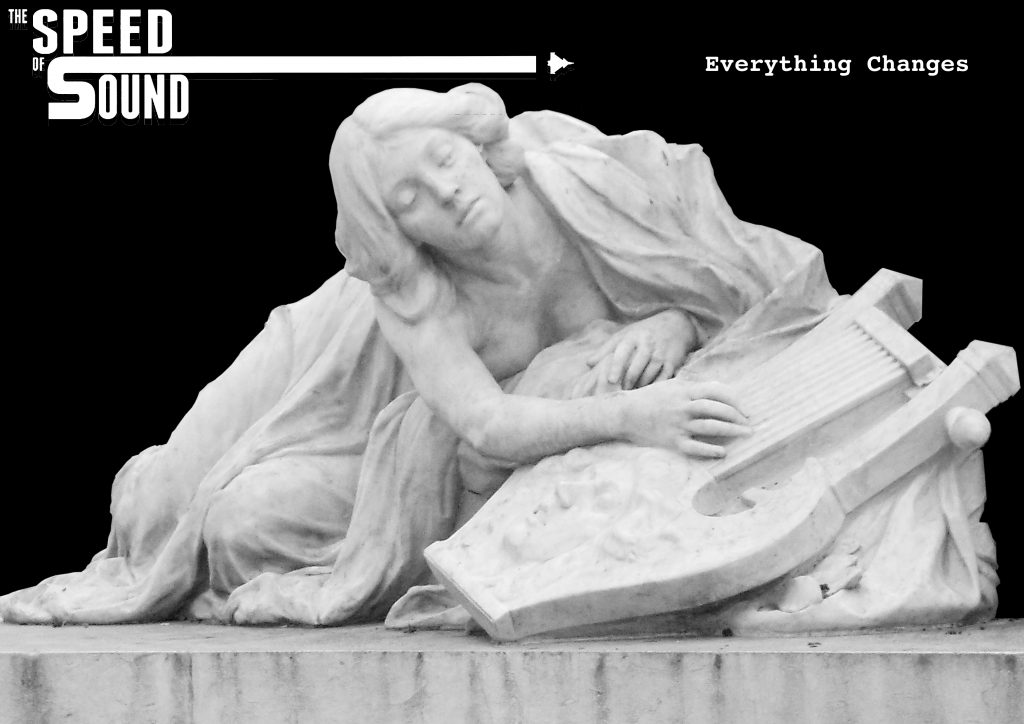 I met her in Vienna three years ago and she is one side of ‘album insert No.1’ for the physical release of ‘Everything Changes’ and she’s also on the back of the LP sleeve. In real life she is curled up below a statue of Brahms and is quietly lamenting the unwritten music that will remain forever unheard. Shall we say, it struck a chord. It isn’t simply the never composed music trapped inside the departed Johannes Brahms that she regrets not being able to experience, but all unheard music. Let music be heard. Play loud and play often.

They’ve arrived; but its far more than a t-shirt – its wearable art… get yours here 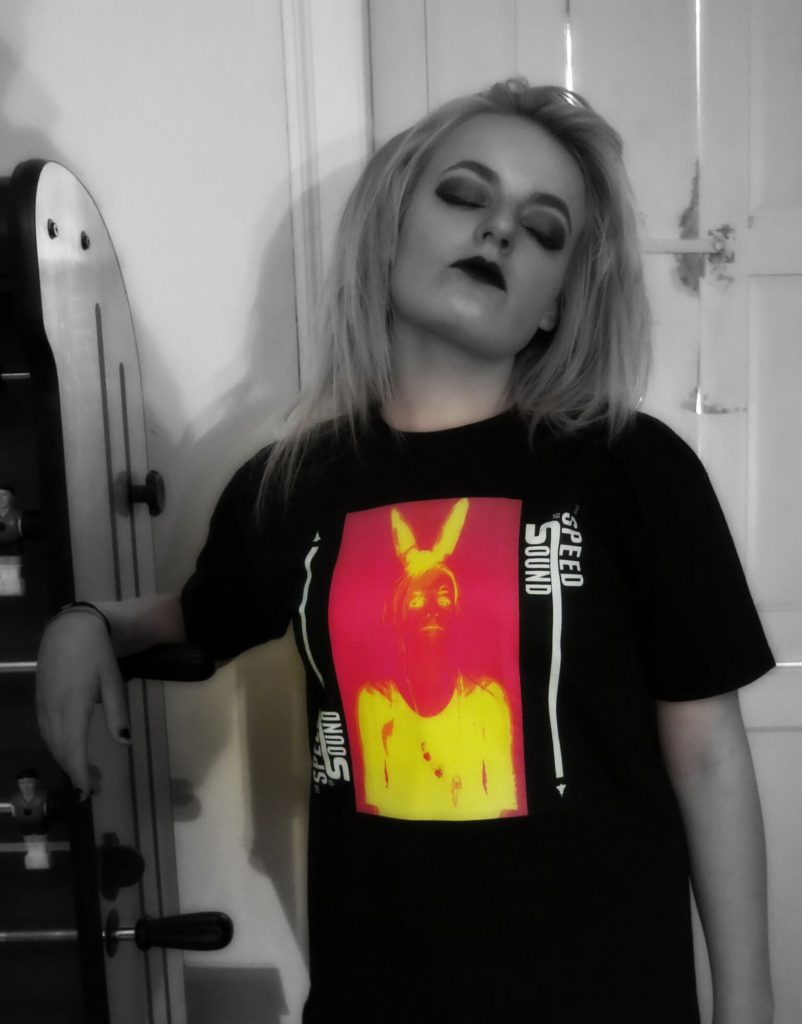 A-side of the latest single: a 21st century protest song Shut All The Clubs

Strap In For the Trip: