The natural beauty and order of the alphabet places The Speed Of Sound between Sonic Youth and Dusty Springfield, that is an appropriate fit. What counter-culture icon and DJ Lord Litter described as The Speed Of Sound’s “naturally snarling kiss my arse attitude’ has been part of the music underground for over 30 years; and they have always had something to say, with stark social commentary laced with positivity and optimism: Imagine Debbie Harry and Lou Reed fronting The Who and Television at the same time. The Speed Of Sound’s mixture of 1960’s influences and alternative 80’s combine producing something fresh, authentic and different. Lyrical bight and unresolved chords hang like unspoken menace for the vocals to float over. A band with their own recognisable signature sound. 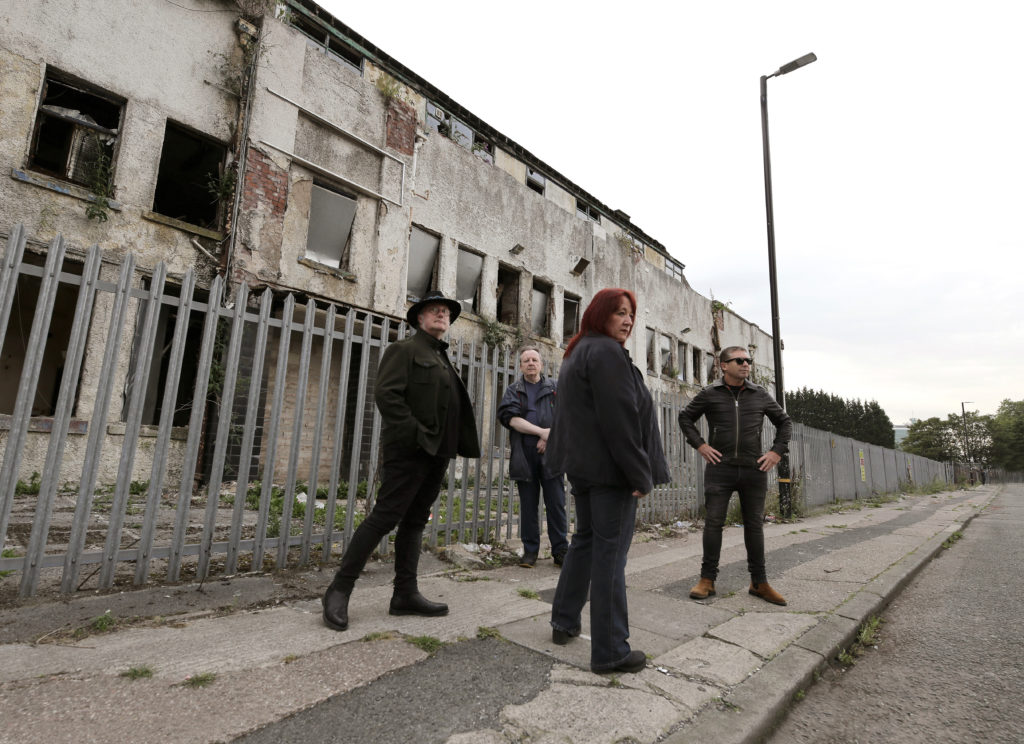 Described in a way normally considered to be impossible simultaneously (by two different people watching the same gig) as “like The Stranglers” and “like Jefferson Airplane” , the truth of course is The Speed Of Sound don’t sound like either. The Speed Of Sound have an original and distinctively identifiable sound, something that is largely lacking in 21st century cookie-cutter corporate music. The Speed Of Sound exist in spite of the music industry rather than because of it, firmly outside the grasping and toxic tentacles of major labels they create real music for real people, with a wealth of tune-heavy songs that grow in stature with repeat listening, mesmeric and addictive with a depth and quality that immerses the listener and transcends traditional genre limitations. There is an alternative and this is it.

With a DIY ethos derived from punk and a lust for experimentation taken from psychedelia. Inspiration comes from inside, from rage and exasperation and also external themes of dissatisfaction and the inherent inequality and instability of the  21st Century. These themes sit alongside songs inspired by non-musical art forms, paintings, cinematography and literary works as well as deeply personal subjects, the lyrics are important, they are the vital starting point to every song, rather than being made to fit an existing structure it is the words themselves that shape the music. And, there are a lot of songs. The Speed Of Sound have never played the same set twice and the songs themselves change and evolve with every performance, taking on a life of their own. Therefore, recordings are more ‘that is how we did it today’ than being a final definitive version to be continually replicated.

John Armstrong – Songwriting/Guitars/Vocals: John has developed a vivid style of guitar playing borne of combining rhythm and lead techniques in a flow that pulls the music like a tide. The songs are steeped in unresolved chords and entrancing vocals. 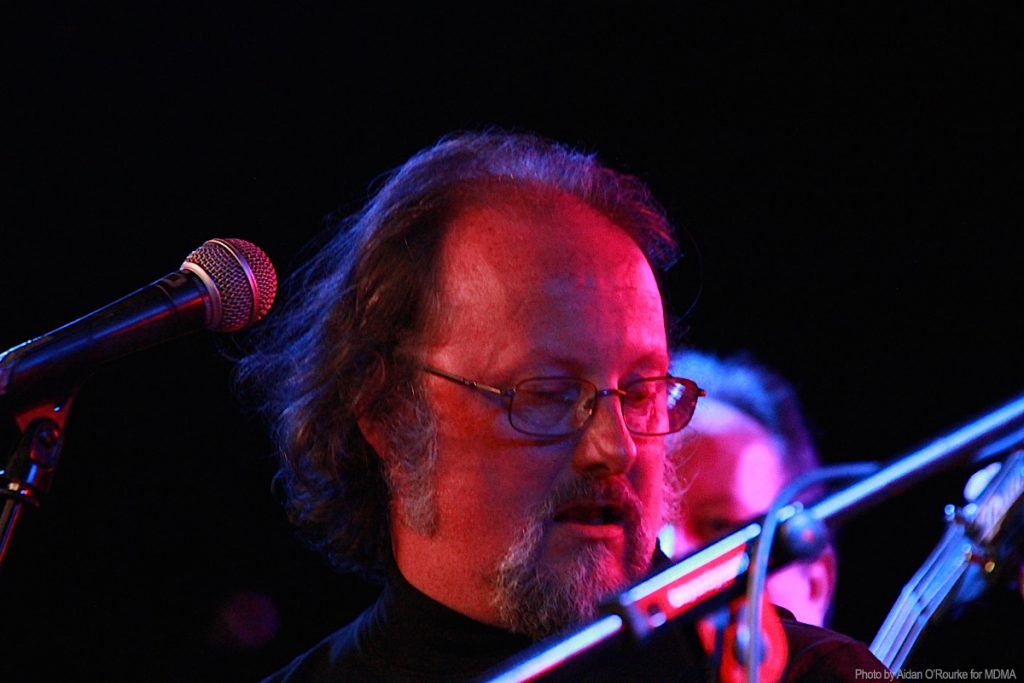 Ann-Marie Crowley – Vocals/Guitars: Ann-Marie brings a return of the 1989 era format of dual lead vocals and male/female harmonies. She hadn’t performed rock based music before joining The Speed Of Sound and has vast experience of Irish, folk and also classical singing. 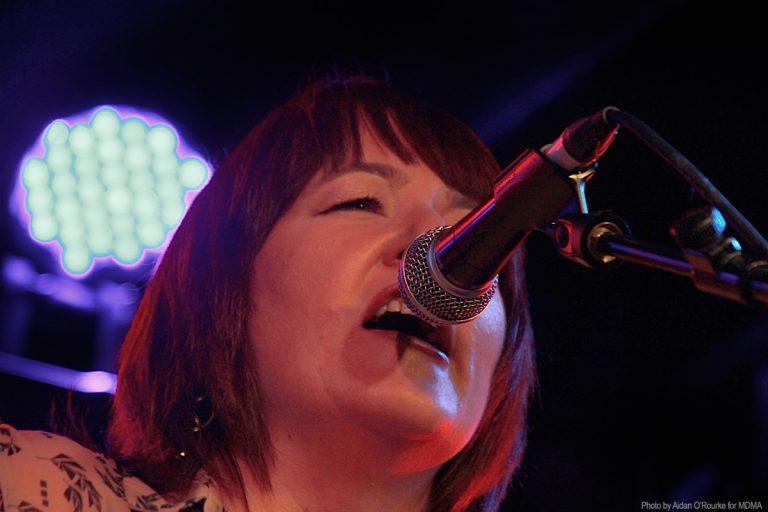 Kevin Roache – Bass guitar: Kevin has performed with John since 1990, he brings a love of Northern Soul and a six-string guitar based approach to the four string bass. With wide experience of playing differing genre’s including music of Indian origin he has an individual outlook on the bass. 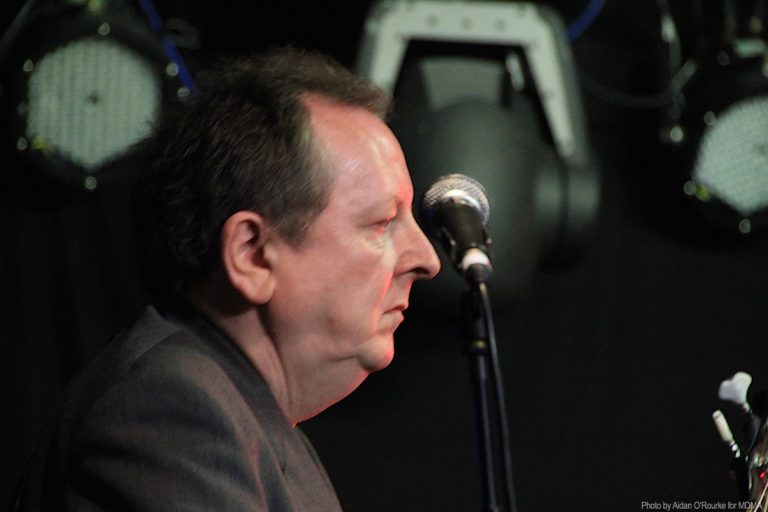 John Broadhurst – Drums: John joined The Speed Of Sound in August 2018 following a two year period of temporary ‘borrowed’ drummers. He has a wealth of experience including jazz, pop, rock and blues and an ability to play with the spaces, the freedom of playing originals was liberating while the fluid and improvisational sections are something he embraces. 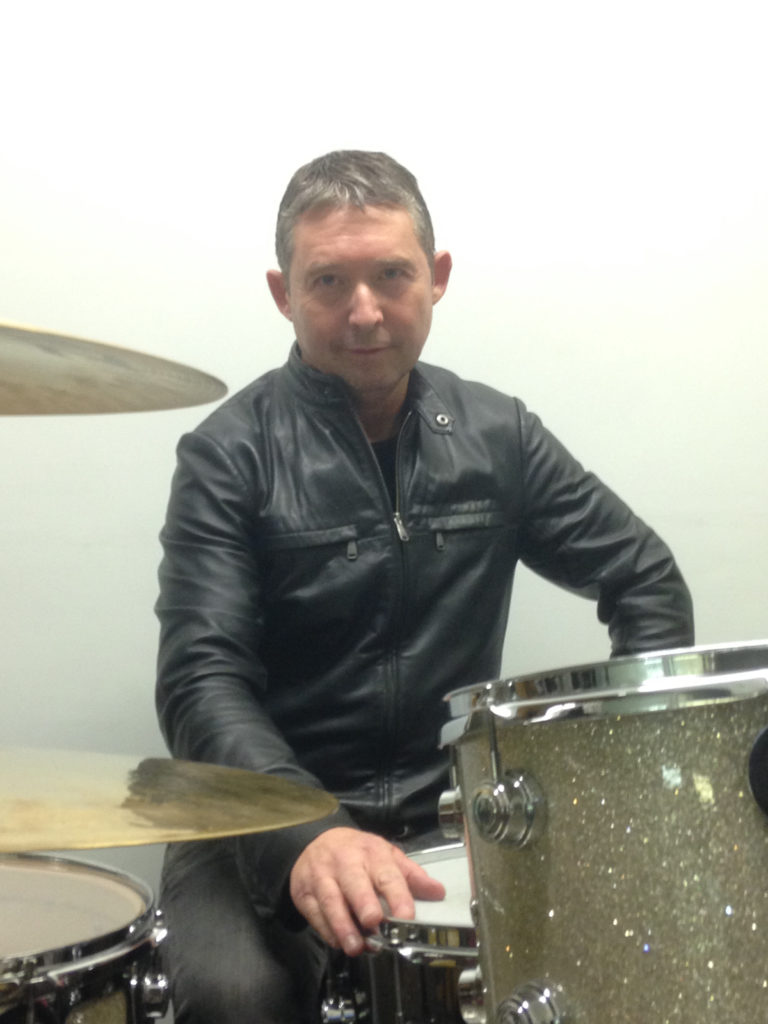 Paul Worthington – Drums May 2015 to May 2017: Paul  can be heard on the highly acclaimed Everything Changes album. Paul had always played in covers bands before joining The Speed Of Sound and greatly appreciated the chance to create his own rhythmic sculptures. His understated style compliments rather than fills the natural space in the sound. 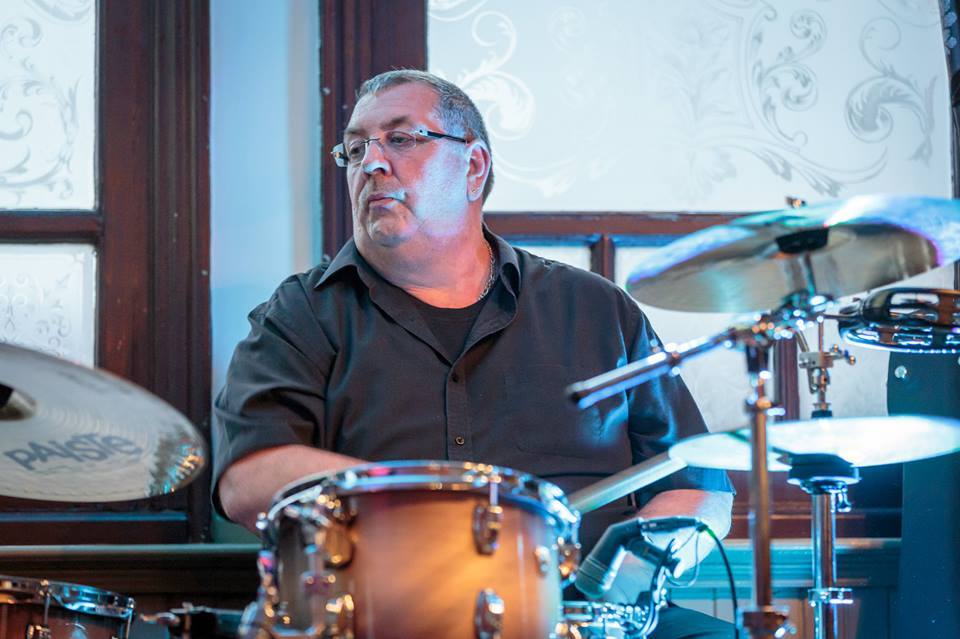 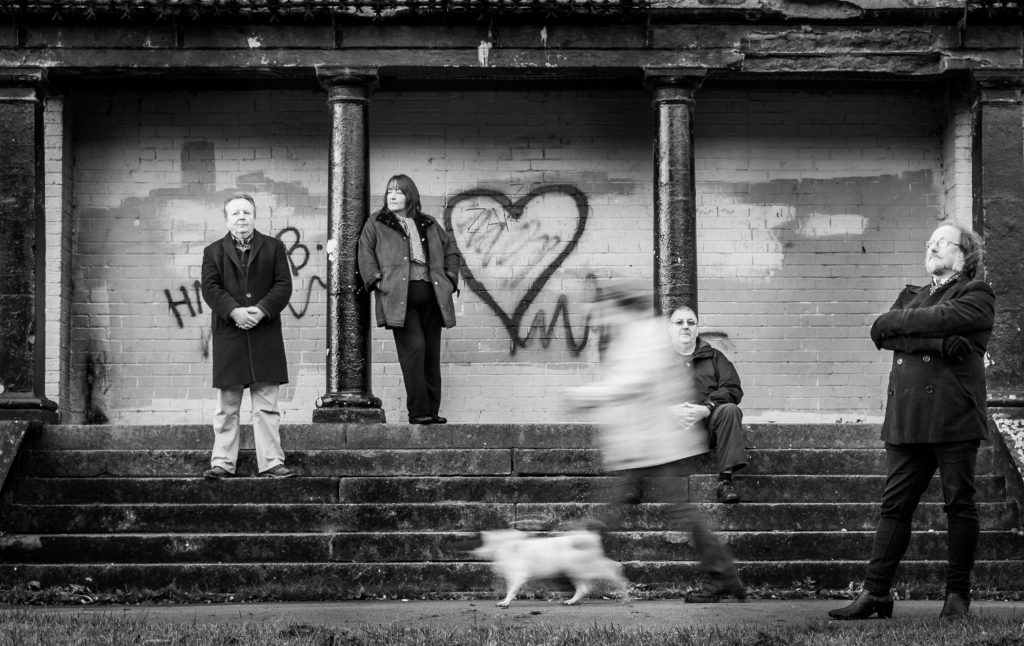 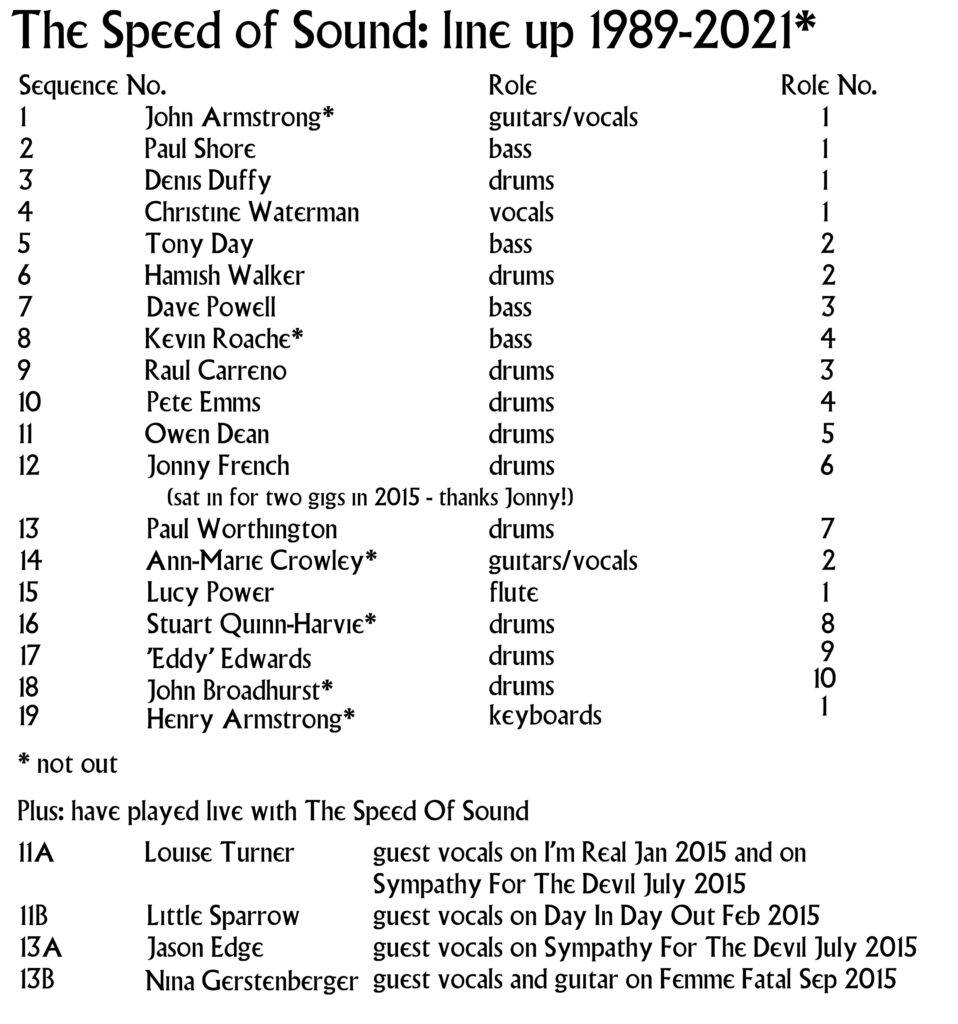